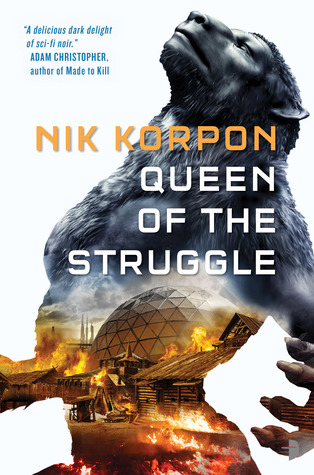 I would like thank Angry Robot books and Netgalley for allowing me to read and review this book.

The last remnants of the tyrannical Tathadann regime have all but been wiped out! Finally the city of Eitan can know peace; finally the people can decide for themselves after years of oppression the right way to govern their city. However as so often happens one regime is replaced by another, and not 24 hours after the celebrations of victory the citizens of Eitan are faced with such a dilemma.

Henraek Laersen and Emeriann Daele are not only lovers but fighters in the rebellion against the Tathadann. Jubilant at their final victory they stand together and honour those that helped and those that fell trying to gain everyone their freedom. Now they stand aghast at what’s taking place in front of their very eyes as everything they fought for now falls apart. As Ragjaron soldiers descend upon them Henraek and Emeriann are separated and hauled off in the face of a betrayal they can scarce believe is happening…..again!

This is their story, a story of rebellion, subterfuge, trust and ultimately betrayal, for Henraek and Emeriann their first thoughts are for each other, their boy’s; Donael and Cobb and then; just how the hell are we going to get out of this one?

Firstly I’d just like to add that upon receiving The Queen of the struggle I was unaware that it was the second book in the series. So I found it quite difficult to relate to characters and past events (to start with anyway), so I was very reliant on this book being a solid story that could be followed. So you could imagine my delight when my hopes turned into reality with this little gem of a book.

The Queen of the Struggle centres on two main characters; Emeriann Daele and Henraek Laersen. Both of whom were prominent figures in the rebellion against the Tathadann. Now they face a new regime from their former allies. I must say I was quite shocked at just how quickly this took place, they really didn’t mess about. Emeriann and Henraek were quickly subdued and separated, obviously they are the biggest threat and key figures to obtain support from. As a result Henraek along with the boys are taken to the city of Vargmannskjor at the request of Odven Asyr who is the leader of the Ragjaron and rules Vargmannskjor. Thinking them barbarians (as they were portrayed by the Tathadann regime) Henraek expects the worst, but what he finds is nothing short of mesmerizing and he is in awe of what he sees.

Emeriann on the other hand is held by Brighid Morrigan who has taken controll of Eitan. Brighid subsequently tries to convince her that her vision of Eitan is the right one and wants Emeriann to stand with her to realise her vision of what Eitan should be. As you can imagine this is met with mixed emotions from Emeriann. And Emeriann not only has a fight on her hands with regards to Brighid and her new regime, but also she has to deal with her own conflict with-in, and that can be more destructive than anything else, something Henraek has to deal with as well.

I have to admit I really couldn’t fault The Queen of the Struggle, for me it had some really thought provoking moments none more so than with Henraek and his son Donael. When in Vargmannskjor, Henraek has many concerns; Emeriann for one, his own situation and what Odven wants of him and keeping his sons protected from the wars influence. Unfortunately this is impossible as the boys have witnessed so much already so they’re in the middle of it like it or not. Donael is off an age where he questions Henraek about everything and Henraek is scared he will turn out to be like him, which is the worst outcome he can think off. The dialogue between the two was really well done and for the most part I found myself sitting with them listening whilst the conversations took place a good sign in my opinion.

The whole idea of rebellion, war, anarchy was excellently portrayed by Nik Korpon, thinking about this whole situation was very entertaining. The problem with the whole utopian ideal is commendable but in reality giving a city back to the people so they can in-turn decide what’s best themselves will ultimately be disastrous. Because what’s acceptable for some isn’t for others, so divisions will always arise. Hence dictatorships, Regimes tend to rear their ugly heads and so it was with The Queen of the Struggle.

So to that end I was pleasantly surprised by this book and really enjoyed it. I will defiantly be going back to see how this all started, and for anyone who has read the first in the series you’re in for a real treat with this one.